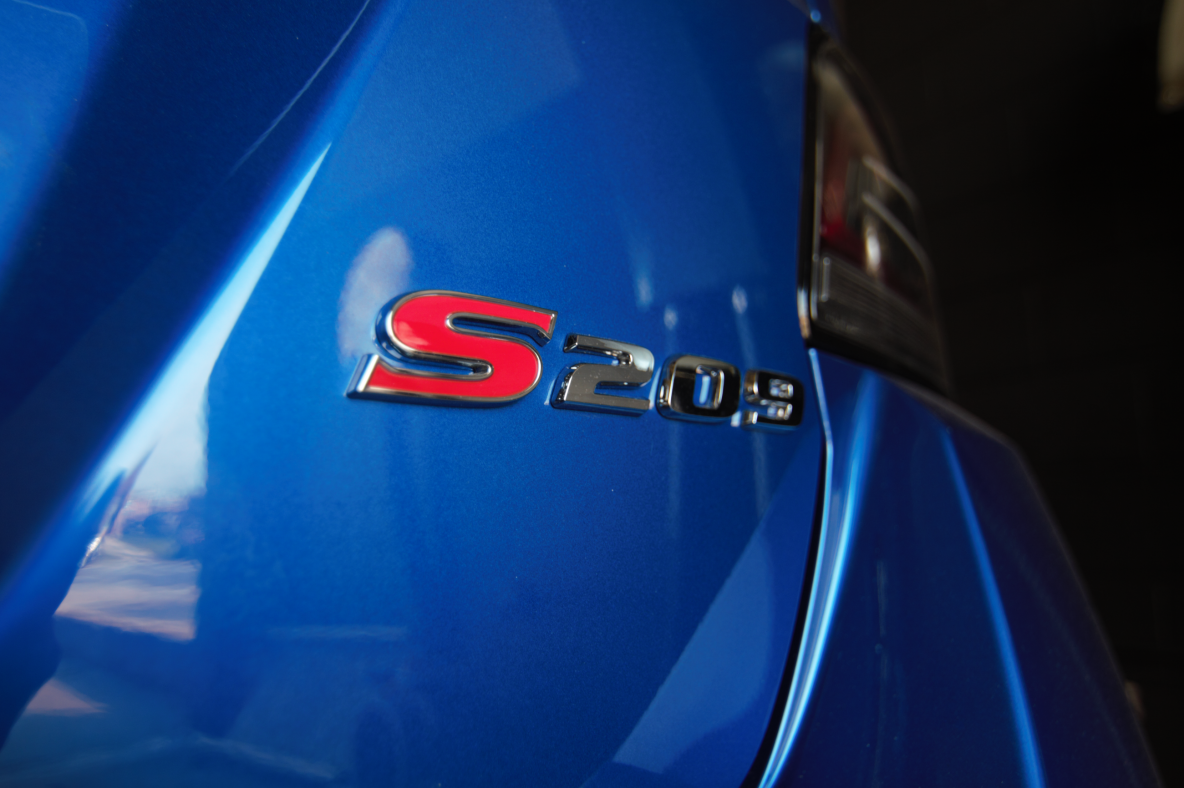 Oh S209. A lightning rod for controversy. One thing that can’t be ignored is this will be swan song for Subaru’s 30 years of turbo EJ based engines. Today we are going to find out what number 105 of 209 can lay down on our dyno, first factory stock and then with the Cobb Stage 1 93 Oct tune.

The S209, being the flagship STI model, has literally the entire STI parts catalog thrown at it and some. From its bespoke wheels, tuned suspension, special chassis braces everywhere, and even special brake pads, all add up to quite the track assassin package even before you factor in the extra power. But alas this isn’t a lap time challenge. We are here today to check power numbers only.

Subaru is claiming 341hp to the crank vs the 310hp for a standard STI. Under the hood you can see where Subaru changed it up for the flagship model with a new intake system, turbo inlet, and new larger turbo sourced from none other than the legendary JDM tuning house HKS. They also are claiming a “free flowing exhaust” though, to be totally honest, this one might be quieter than a standard STI even! The core of the system is the same. The well known EJ257 has been Subaru’s weapon of choice worldwide, except Japan. Internally not much has changed since 2008 when dual AVCS was introduced, which added variable valve timing on the exhaust cams (prior to 2008, AVCS was on the intake cams only).

The baseline runs were REALLY impressive to say the least. Remember these are WHEEL HORSEPOWER NUMBERS. A stock standard STI usually makes in the area 235hp to the wheels on our Dynojet. Seeing 318hp to the wheels and 307lbs ft of torque was REALLY surprising Even more surprising was how well it maintained its power in the higher RPM area of the powerband. Where a standard STI’s VF48 turbo will start to taper off fairly fast after 5.5 to 6k RPM, this new S209 turbo kept chugging along making the redline come quite a bit sooner than expected. While I’m sure the rest of the power making goodies helped, we believe that the new turbocharger is the source of most of the gains.

After the S209 surprised us with it’s abilities bone stock, we were REALLY excited to see what the Cobb Stage 1 map could do now. Anyone who has installed an Accessport knows it’s insanely simple. Literally follow the directions on the screen and 10min later you are on your way. It wasn’t that long ago that your ONLY options were sketchy piggy back ECU’s, mailing your ECU to someone to get “chipped”, insane wiring for a stand alone ECU, or devices designed to “lie” to the ECU to get it to behave how you desired. Now anyone can flash a new map on their ECU, run logs of for their tuner, and monitor all forms of parameters for troubleshooting, all in a slick little package for a totally reasonable price.

After flashing the Stage 1 tune we made the first pull and the change was immediately evident. The the first pull on the dyno we knew it was making more jam before the numbers even showed on the screen. 334hp and 322 lbs ft of torque (+16/+15 over stock respectively). While that doesn’t seem that impressive, the gains in the midrange were quit a bit more evident nearing 30hp or more in some spots. The other big gain was the increase in redline. The new rev limit is increased to 7300, 500 RPM more than stock. This is where this tune REALLY shows its value. Now when you shift to the next gear at redline, you are put right back into the meat of the power.
The increased room to rev perfectly matches the short gearing of the STI now. Area under curve is increased massively too meaning the S209 now has more useable power everywhere with no real tradeoff.

So the plan was from here to install Cobb Tuning’s new Redline Carbon intake on the car and see if we could pick up even more but unfortunately we ran into some issues. We decided to call in Graham Gaylord AKA Boosted Performance Tuning to see if he can sort out the problem. See you next time in Part 2 where we see what Graham thinks of the new S209, see if there is even more easy and reliable power to be gained in stock form, and if the stock S209 intake can even be improved upon.