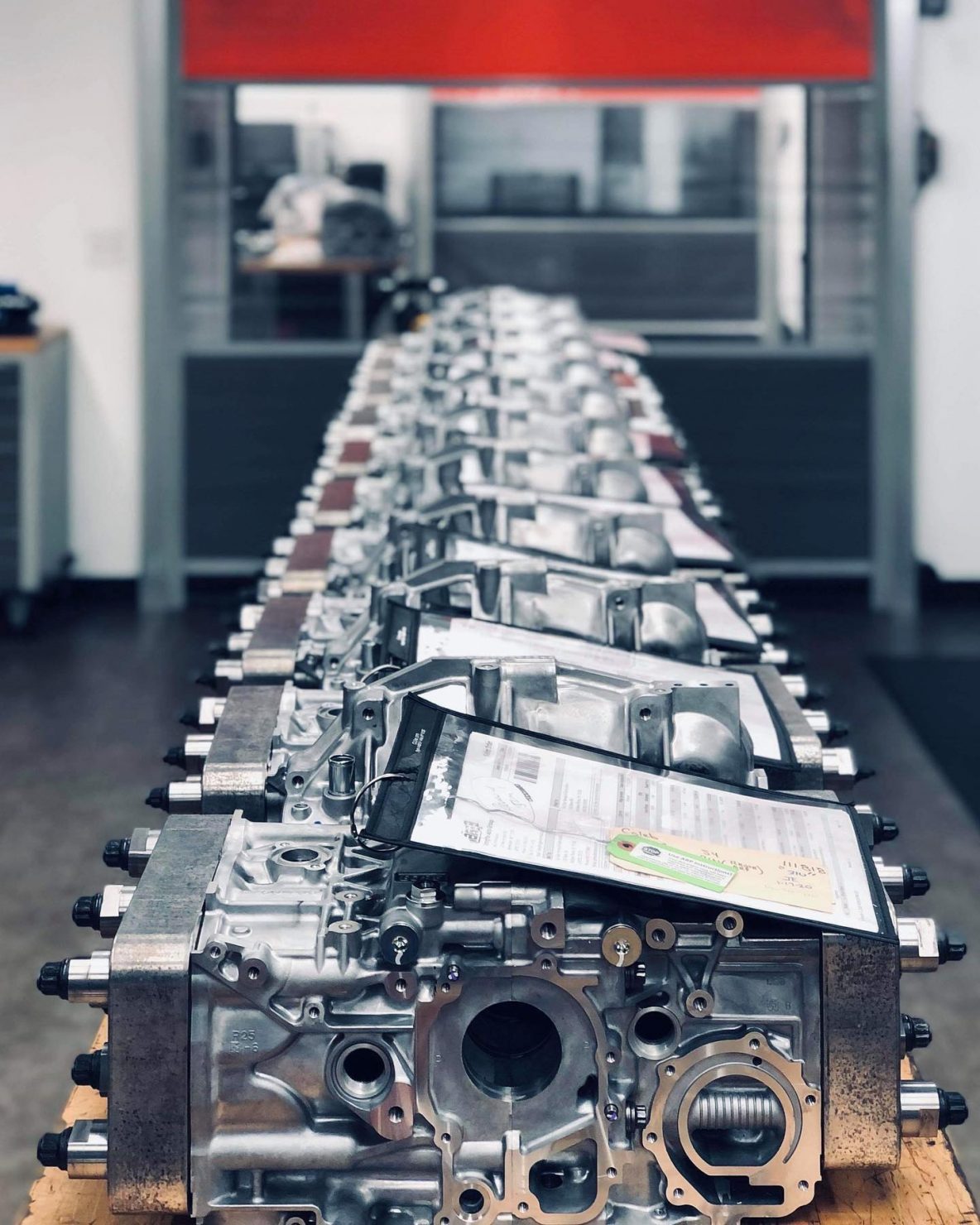 This is one of the first posts I’ve done in a while but here we go!

The latest and greatest stuff in our industry, in the Subaru world, what’s in and what’s coming up, well, lets start with a brand that has changed the game more than once in their fairly short life-span. So for a re-introduction post we’re going to discuss the growth of a brand that has become a staple of what we do and who we are as a performance service provider, lets do this!

As you may have heard on the Friday Shenanigans a few weeks back we were invited out to check out this facility that IAG has devised for themselves. Eye opening is one thing but there is so much to discuss that it’s hard to put into the right context so lets start with a little history… Integrity Auto Group, I’m sure you’ve heard of them. They are based out of the east coast, Westminster, Maryland to be exact. What started as an idea to sell performance Subaru’s back in 04 has vastly changed the direction of where these guys went. Starting off with “integrity” they put together some bad-ass subaru’s and fixed up a whole lot of them, over a hundred a year the first two years they started to be more accurate! Fast forward a few years and the service, tuning and parts started rolling out to the masses. I remember the growth they had in 07-08 was huge and it started to get national. I mean, when you can assemble the cars from start to finish with body work, frame and paint capabilities, stage packaged or custom built, then tuned and supported…. You can’t get a better scenario for a shop in general let alone a performance shop that is specific to a brand!

So now lets explore that growth because I recall when IAG was with the pack. Coming from the simpler side of things there was still growth to be had. But they focused on getting one things right, one at a time. From department to department, facilities, employees, equipment etc..

Simple CNC serviced products, some mild induction work, some line kits and so forth…. Who needed to remake the downpipe for the 100th time so no need for that yet they kept growing and innovating. One thing I got to learn while I was out there is that they won’t make a part “just because”. They don’t want to be that cookie-cutter part manufacturer that makes what everyone else makes. If they can’t make something better they simply won’t make it. If they can’t IMPROVE the design of something then there is no point in bringing it to the industry.

An example is the AOS…There was a need for an AOS in the market (though they were available), something that wasn’t getting clogged or backed up, that equalized the system, that didn’t let that sludgy goo build up everywhere, that didn’t require as much maintenance and had a high capacity so in came IAG and changed the game for all of us. I mean… JUST LOOK AT THEM ALL SHINEY AND STACKED!

Anywho…After a sit down, shooting the shit for a few, we started with that entry area and the redesigned service waiting area. From the electric rotating motor stands https://www.facebook.com/IAGPerformance/videos/594570414702908/ to the senior offices and sales staff and even down to the break room. This place was something to experience being a car guy. After going through the front end along with the employee’s lounge it was time for the rear which I was really pumped for. I’m the guy who gets geeked out on the simple things of how different people organize themselves and how they use the systems for parts or service, how someone stacks their parts bins, how they store equipment or even how they label things and boy-o-boy did I have a lot to geek about. I mean, if it was legal to publicly fap to car/shop-porn in public then guys like me would paint that place white! I won’t spoil anything so pay attention to their cool little “reveal” videos as time goes on 🙂 We saw these two in action while we were there so it was another cool thing to note on our checklist!

As you go through the place and “oooh and ahhh” everything you also get a sense of those humble beginnings. Seeing iderations of the products as their technologies updated, as materials updated and as the industry has changed they’ve changed along with it. The capabilities in that place make you think about things closer, from the superflow machine to help check valvetrain and oiling systems along with the chassis dyno (which the intake and exhaust system are cooler than the dyno itself), the laser equipment, the 3D printer, the testing equipment, the multiple pieces of CNC mills, lathes, a pallet stacking multi rotating monstrosity that can replace 2-3 machines at once along with a person or two of man power! (https://www.facebook.com/IAGPerformance/videos/1548867838623570/)

Since we were on the subject of part production we asked about some beloved caps that the people keep asking us about and there was a word from some higher ups over there that we may see them back pretty soon! We saw this empty space in the building and were told what it’s for which in turn will assist them in allowing YOU to choose MORE color options with better clarity along with consistency so they stay true to their phenomenal product line!

So now that you can get a grasp of their production line, lets get into the engine side.

As you walk some of those CNC machines we’ve seen it’s pretty easy to assess the volume…. When there are three machines pumping out nothing but case halves 2 shifts a day that’s speaking some volume.

If you can imagine what a machine shop looks like, it’s nothing like what you just imagined haha. It’s clean… so clean there are sealed intermediate decontamination passages before you enter or leave either of the stages of assembly. The machines are wiped, prepped and cleaned after every service and there is only one person responsible for each service. Even the machine that laps in valves has pilots to the .001 increment!

Batching everything makes the consistency that much better but it also means you need a lot of inventory. So much so that it’s not based on units, it’s based on weight! When you see a “skid” of pistons, 100 pistons per stack, 5-6 stacks high, that’s some quantity! They make sure to match up the quality with it so what happens with the rest? Scrapped! IF they can’t use it then it’s not going into the market. Sad when you see a tote of new pistons being ditched but hey, it’s what allows them to make the magic happen consistently.

With all those capabilities comes a lot of responsibility, which is why IAG warranties the product and service along with it. They take EXTREME precaution to make sure that they can uphold the warranties with everything they do and when something does require some TLC they are on it. Regardless if the motor is their unit or someone’s garage assembly, they go through everything with a fine-tooth comb. From the initial inspection, trq values on bolts, muffed up threads, to the pistons gaps and any tolerances they can get prior to cleaning and service will be noted. They even have this cool electronic tracking feature for the techs to help keep things in line…. And boy do they need it as we saw maybe 200+ blocks from all around the country. Heavy hitting drag shops to the mom and pop shop around the corner.

Remember when I said they won’t make something unless it’s made better? You really get a grasp of this when you start talking with a few of their guys while walking through the place.

J.J., Rick, Keith, Adam and the whole crew were amazing to deal with and they give you great vibes but that’s only if you have the good vibes to match ;). But then you get to meet Subaru’s version of a “mad scientist” hehe… Speaking with this wicked dude named Lee (his playground is that car at the end and his two story office next to it!) you get a sense that you’re talking to someone who’s really in love with what he does and really enjoys a challenge. Imagine the belt-idler “a/c delete” kit… that was not one iteration, and it hasn’t stayed on two… they’ve updated and will continue to update it but you’ll never know! Just like all their product lines, from the AOS, to the TGV’s and fuel system and so forth…. They continue to advance their products and offer them to you with no added cost and only reaping the benefits!

What also stands out with that is that the part you have, before the unknown update hits the market is still the current part! They don’t have an “obsolete” system like other’s. I mean, we’ve had how many updates from other manufacturers NOT due to preventative fore-thought but rather due to REQUIREMENTS and REPAIRS. EX: fuel hanger…. If you know cool, if not, then too bad. These days there are so many competitors out there that’s pretty insane to imagine that IAG is sorta the RCM of this hemisphere… the insanity stems from them being “normal dudes” looking up to the likes of guys like that and now they are eye level with a world renowned manufacturer and tuner to be “the name” in the industry.

Trust me when I say that there is a difference in their products vs competitor parts. Like motor mounts… sure, go out and save yourselves 40 bucks on some mounts but when they get burned up and fail in less than a year you’ll be happy to replace those with some IAG units that we always stock 😉

You know, we’ve been at track battles with these guys head to head and if anything we’ve gotten closer as acquaintances and friends along with working together with respect for one anothers businesses. Our appreciation extends as far as making them a staple of manufacturers that we happily stock with our regular inventory. We’ve been elbows to elbows with them and have actually helped each other throughout the #Gridlife season. So overall the trip was an experience that we can’t forget. Made some new friends and met some great people from the other side of the country. Maybe we’ll keep making more rounds on both coasts! There are a few more people that we’re very close with that we’ll be doing some features on pretty soon here 😉

P.s. when you ask the bar-keep for a shot of top shelf tequila and he hands you this thing….  THANK YOU MARYLAND!