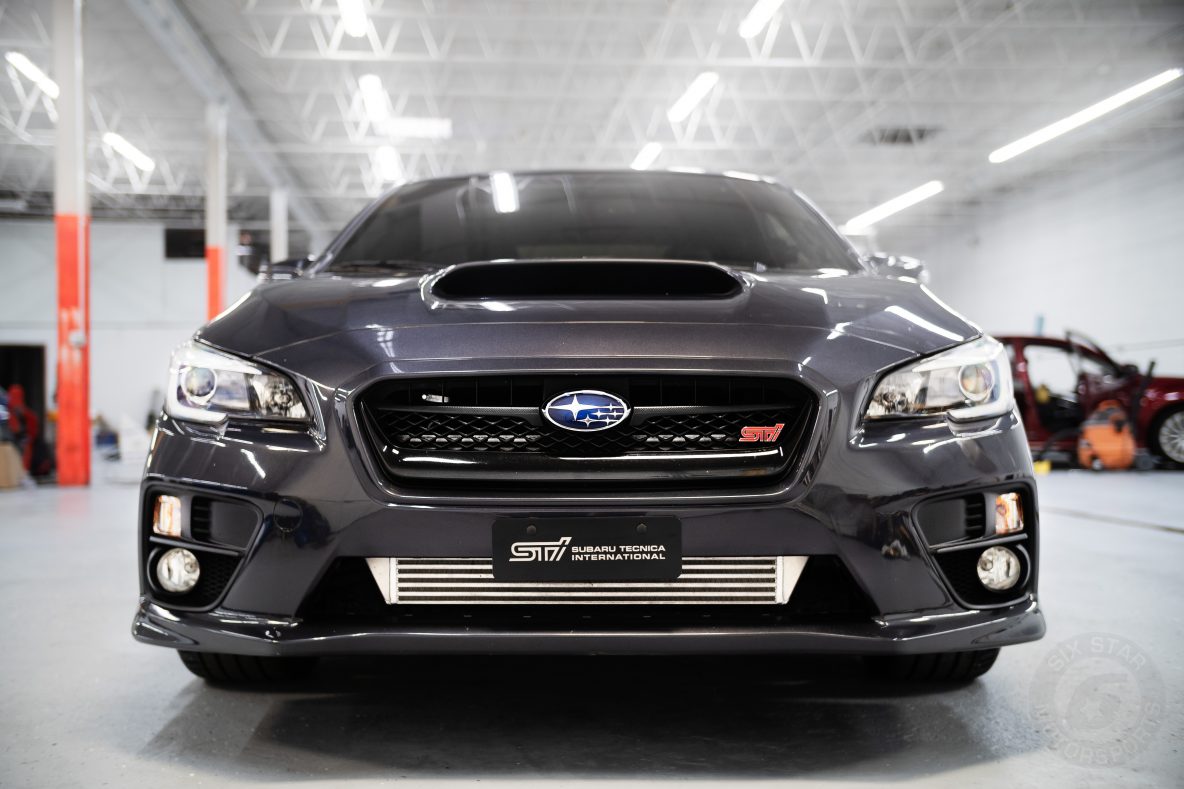 The client and his wife were active duty US Navy Hospital Corpsmen stationed in NC. He was boots on the ground Marine and his wife was taking care of things behind the lines at the Hospital. So, needless to say, they were kept pretty busy but that never deterred him from having a bit of “release” with his love for cars. At this time, he owned a pristine Barcelona Red Pearl 98 GST Eclipse. After a tour in Iraqi Freedom 1, his wife allowed him to give his Mitsu a little love. After a short time it seemed like he should look into upgrading the performance game into something more modern. So, he decided to sell it.

He had it in a “For Sale By Owner” parking lot at the base they were stationed at. While he was away on a family trip the Mitsu was stolen by a fellow corpsman! Luckily after some investigation the vehicle (stripped to a frame) along with all the parts (taken to a local shop to be installed into his personal GST) were accounted for, well, the majority, to say the least. So this gave him one shining light, the return on investment. This is because he was smart enough to insure the car for the value he had into it. After the check arrive the hunt was on to get into another performance car. That being a 2004 car, which at this time there really was only one clear option… the Subaru STI!

However, this WAS 2004 after all, so if you wanted one of these bad-boys you’ll be in need of a hefty down-payment and proof that you’ll be buying it to even be considered to test drive it. We all remember those times, walking into a Subaru dealership asking to test drive the new STI and the sales guy looks you up and down and says “Nah, you don’t seem like you can afford this thing”. Those snobby times at the Subaru Dealership actually did turn away a lot of people. I personally know a handful who went after different makes and models PURELY on the experience they received at the dealership itself!

Mind-blowing to imagine how many STI sales were lost to EVO’s,  Z’s and S2000’s because there was a clause regarding the initial test drive on the car! So when he found himself in the same predicament as the rest of us, he went out and got himself the luxury performance car of the times, the Infinite G35. He made it lux, threw some performance goodies in her and kept her squeaky clean. But that thought of the “what if” resided in his mind, in his dreams, in his soul….

He knew he needed the Subaru lifestyle, Brembo Brakes, the BBS wheels… He knew he needed to get back to boosted life so when the opportunity came about, he pulled the trigger. “That rumble was intoxicating. The gold wheels on rally blue was a thing of beauty. I told myself that one day, I would have one of those. Well, approximately 10 years later (plus 3 more kids), I was back in the market. I was not going to be denied on the newly designed STi.” Come to about 4 years ago and BAM! The new STI VA Chassis hits the market swinging! Redesigned chassis, stiffer suspension, better interior (every way you cut it) and it was the new-hotness! So he entrusted to work with the same best-dealership for you potential new Subie owners as well, Berman’s Subaru of Chicago!

Remember kids, when you don’t need to work for it because it’s given to you; you never know what it was like to fight for what you wanted. This story is far from the seamless, this story takes some hard work and dedication with a smidge of patience and perseverance. The easy part is next…. Making a dream happen!

After a few years at a modest stage 2 setup he wanted to make this a ONE & DONE style build. From the bottom up we touched on everything that we needed to make his goal attainable. The goal? In the area of around 600-650 with room to grow, the results? How about an EXTRA 100 horsepower with room to grow!

So we started at the base, the heart of the platform, the engine. At SSM, we’ve designed a method that seems to work phenomenally in the mid-west and with all of our clients’ vehicles. The outline for our engines are a +2mm connecting rod and WPC treatments in certain areas along with the CP X-Forge pistons to help retain that wrist pin in the bore 😉 All machining performed by the guys on the west coast at Outfront Motorsports. For the heads, keep it simple is the easiest way to go. Knowing what works is also something that helps haha. Bowl blending, pocket porting, casting cleanup and smoothing out the runners at the guides is all done by hand. Supplement that with some Kelford Cams, Manley Valves and GSC Guides, Beehive Spring Set and Seals round off the valvetrain and honestly put the vehicle into an amazing powerband.

We know heat is always a concern with these cars. To keep on with the cooling functionality, we chose CSF to ensure the engine cooling was on par for when he’s trucking down the roads using all that horsepower.. We also wanted something safe for the oiling system of the vehicle to work with so opted for our proprietary designed oil cooler system. For this car being a street car we installed the 19row cooler option. The SSM Oil Cooler Hardline kit supplements this setup to ensure a leak-free, stainless steel solution that is far more resilient to the heat near the headers.

On that theme of cooling, we utilize the ETS FMIC Cores and build out from there. We use our own piping designs to get that special touch of custom fitment. Not knocking ETS by any means, they make a great quality product that is meant to be in 90 percent of cars out there but this car is definitely in the last 10 percentile. With the custom routed piping and setup came with creating a whole bumper beam to support the front end of the car. With some crumple zones on the rear of the beam we also machined in a receiver for a tow-hook.

ETS supplied the turbo kit components and we opted to run with the GT3584RS which is still one of the smoothest onsets of 740whp I’ve experienced. After the air runs through the velocity stacked intake filter and gets cooled through the core, it runs through and fills the massive Process West Plenum before continuing through the Six Star Motorsports TGV units and into the ported heads.

While the air is smashing it’s way through the bends and hunks of billet to make it’s way down to the combustion chamber the fuel is being pushed through a pair of Ethanol approved Walbro 480 pumps utilizing the Radium Fuel Hanger. From the tank, it’s up to the Fuel Lab Filter, through to the Six Star Motorsports -8 Fuel Rail setup with the Fuel Lab FPR it all gets monitored by our in house SSM Flex Fuel Kit. We only utilize actual GM sensors with GM approval stamping to ensure the highest quality sensor, an AEM pressure sensor and we warranty our kit for life! It’s a hidden unit so under the hood you can’t really see the brain or sensor making it a super clean install AND in a cooler part of the bay without all the vibrations of the engine.

So once all the magic happens, the charged boost pressure and fuel system finally meeting up in the combustion chamber we need a way to control it! So with the car being ready to make we went out to make that power happen! Graham from Boosted Performance Tuning set it all up and got the car to a tune of 740whp.

Some basic brake pad & rotor upgrades to keep it feeling good under your foot. With some killer looking Advan RZII wheels we wanted some Pilot Super Sports to keep this thing comfy on the roadways while offering premium grip around the bends.

Sometimes there are moments that help us achieve something we’ve never expected. Without the struggles you can’t really find the value in the rewards. There is a time and a place for everything in life, and at times, it takes longer to achieve those desires. But, when you do, it feels just that much better! 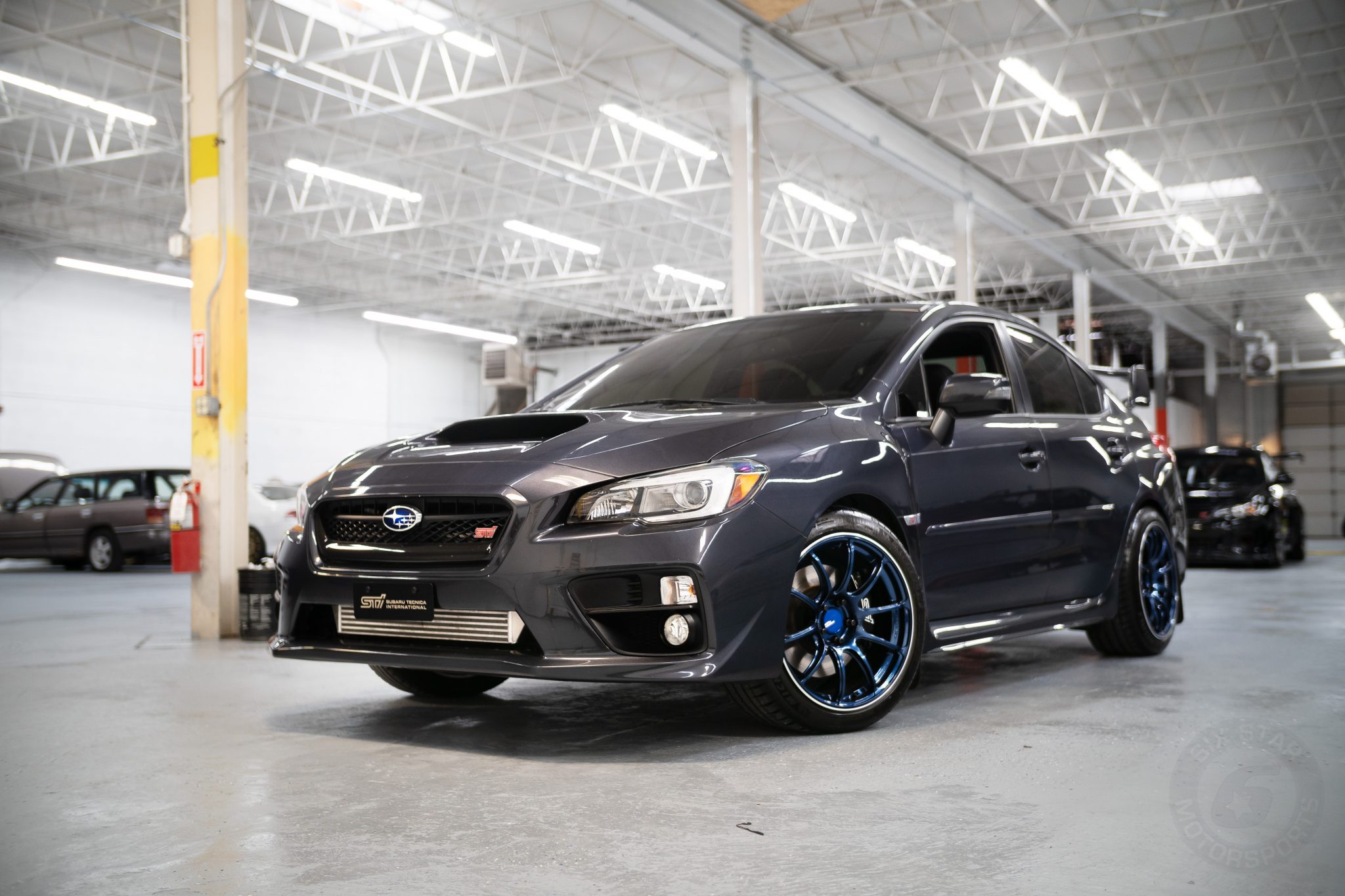 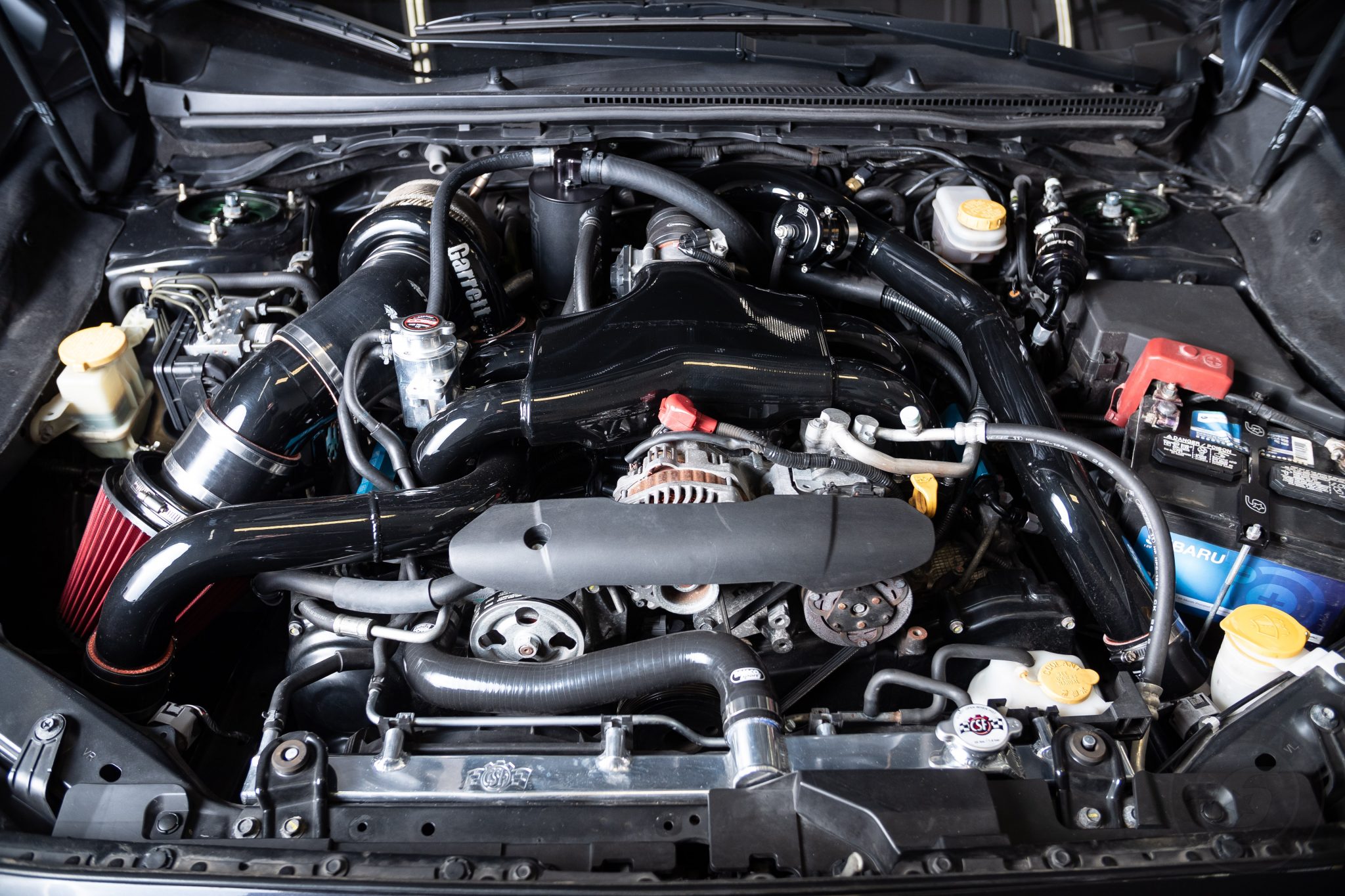 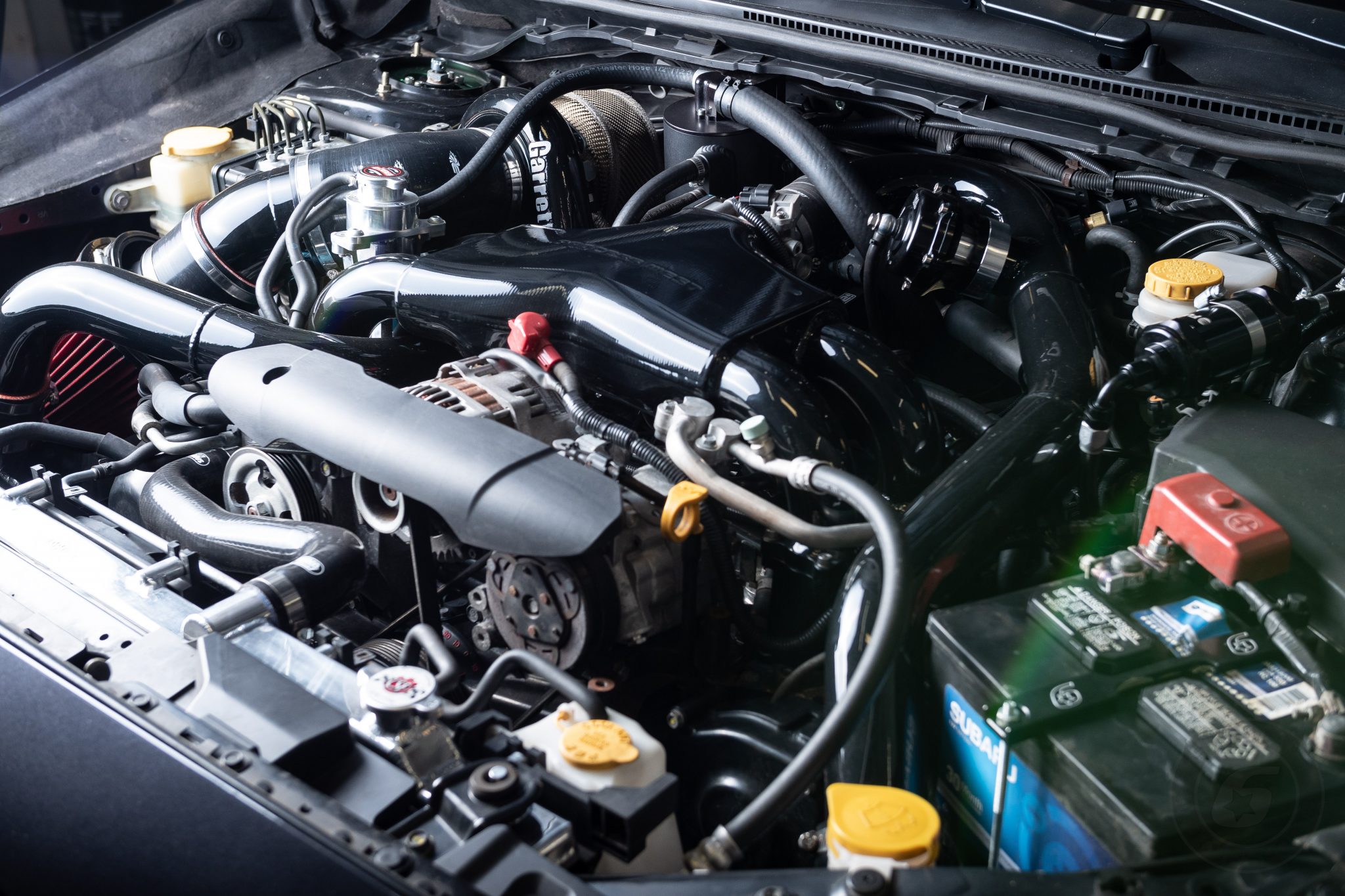 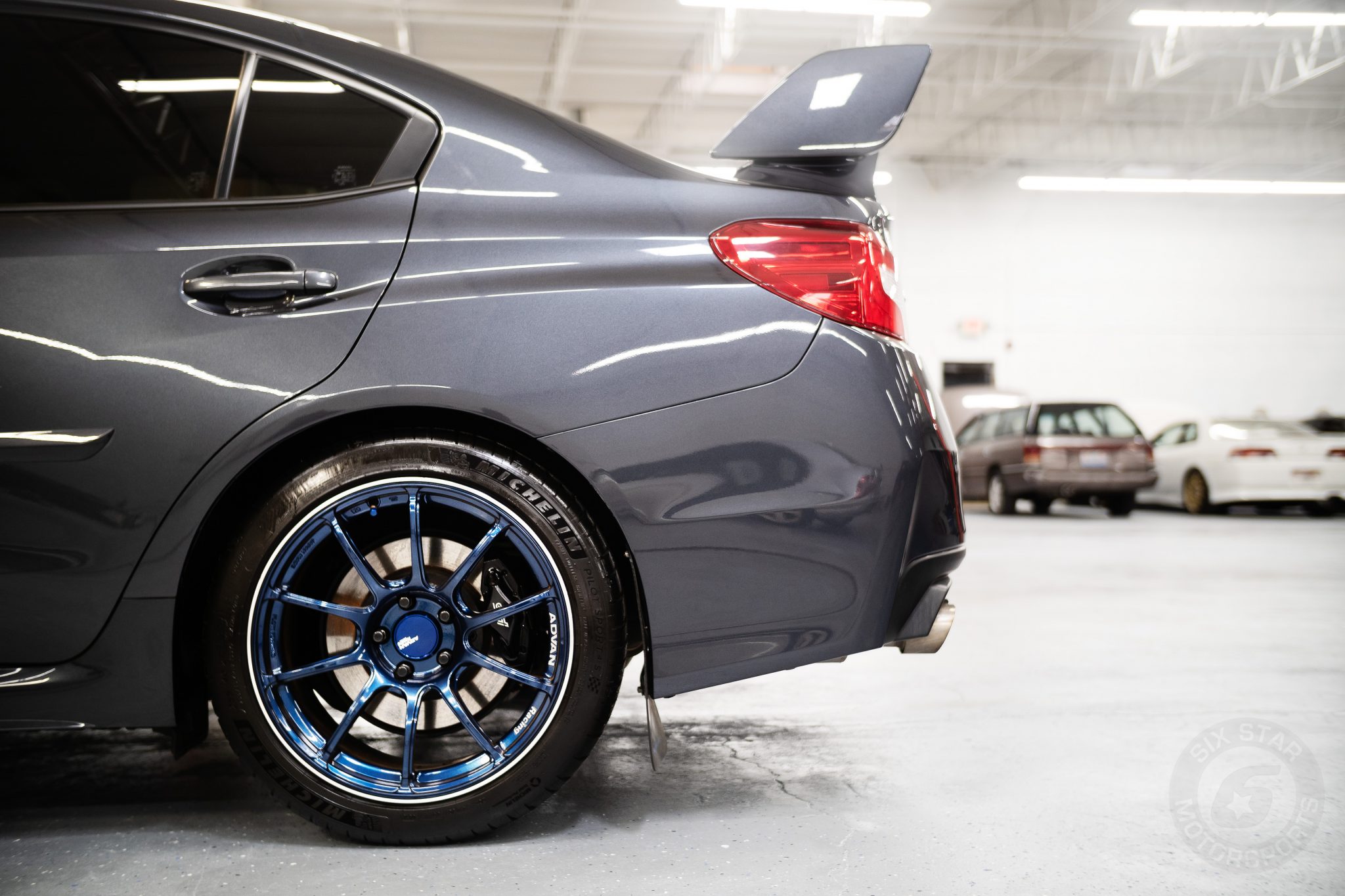 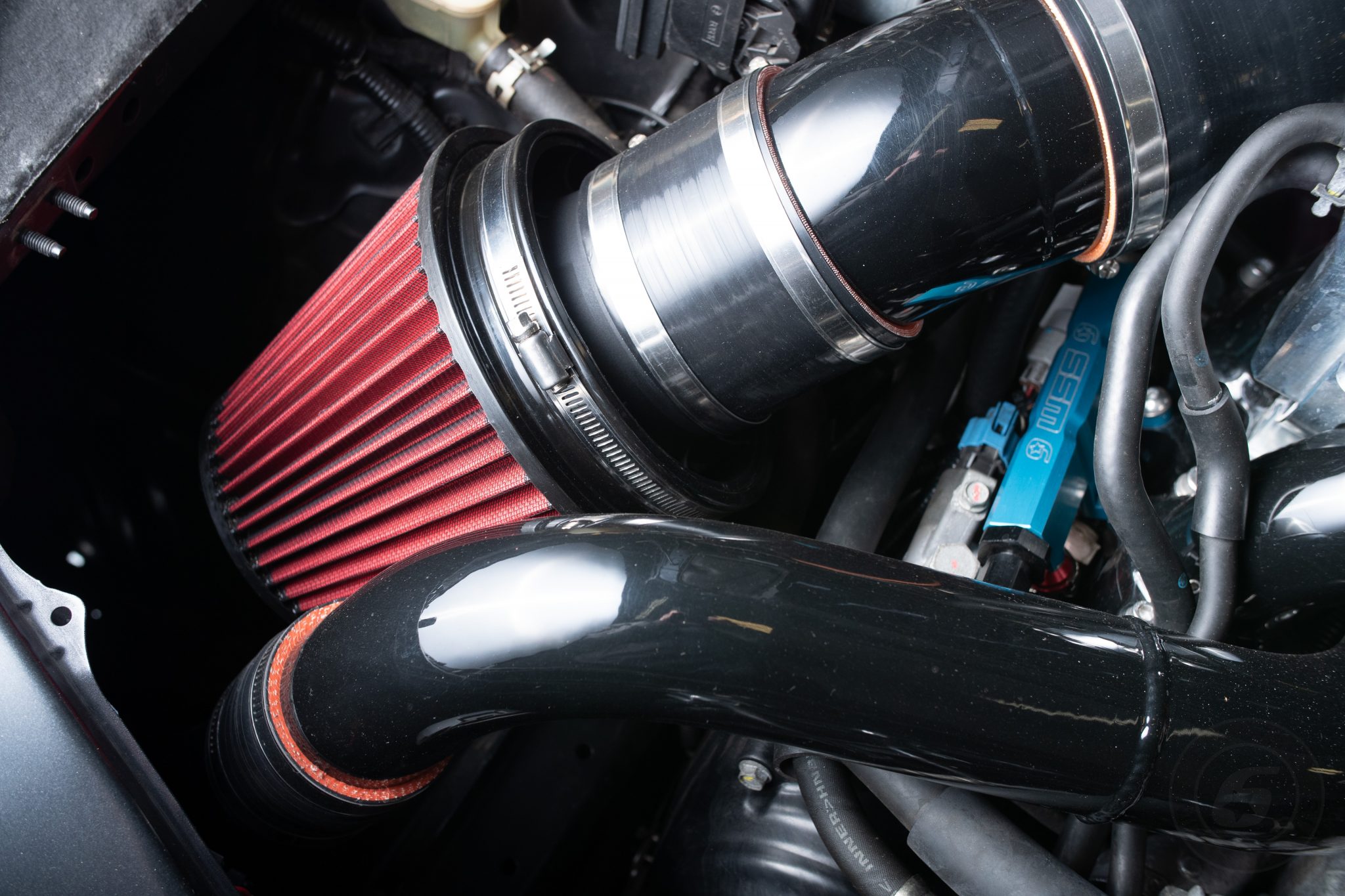 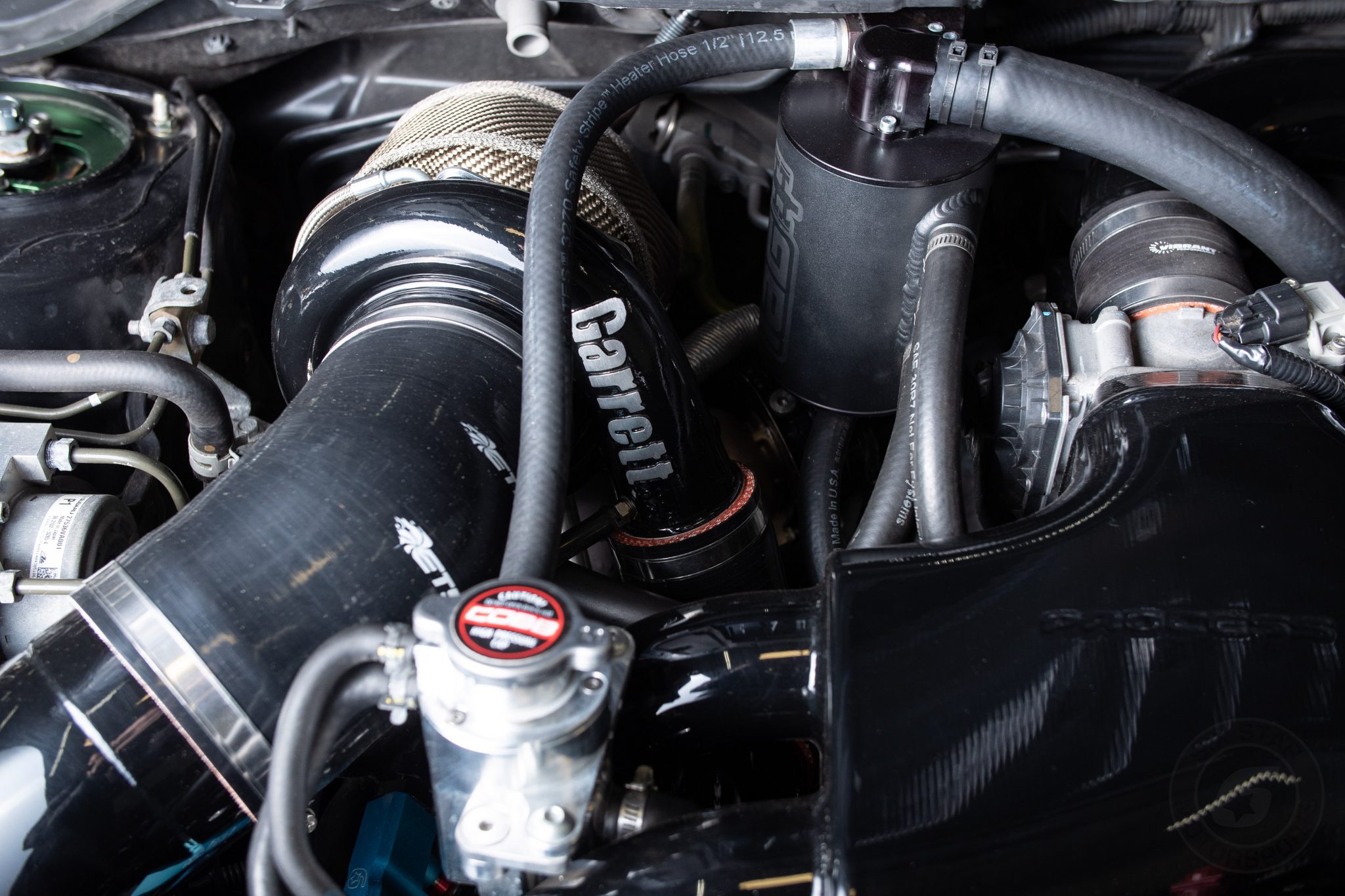 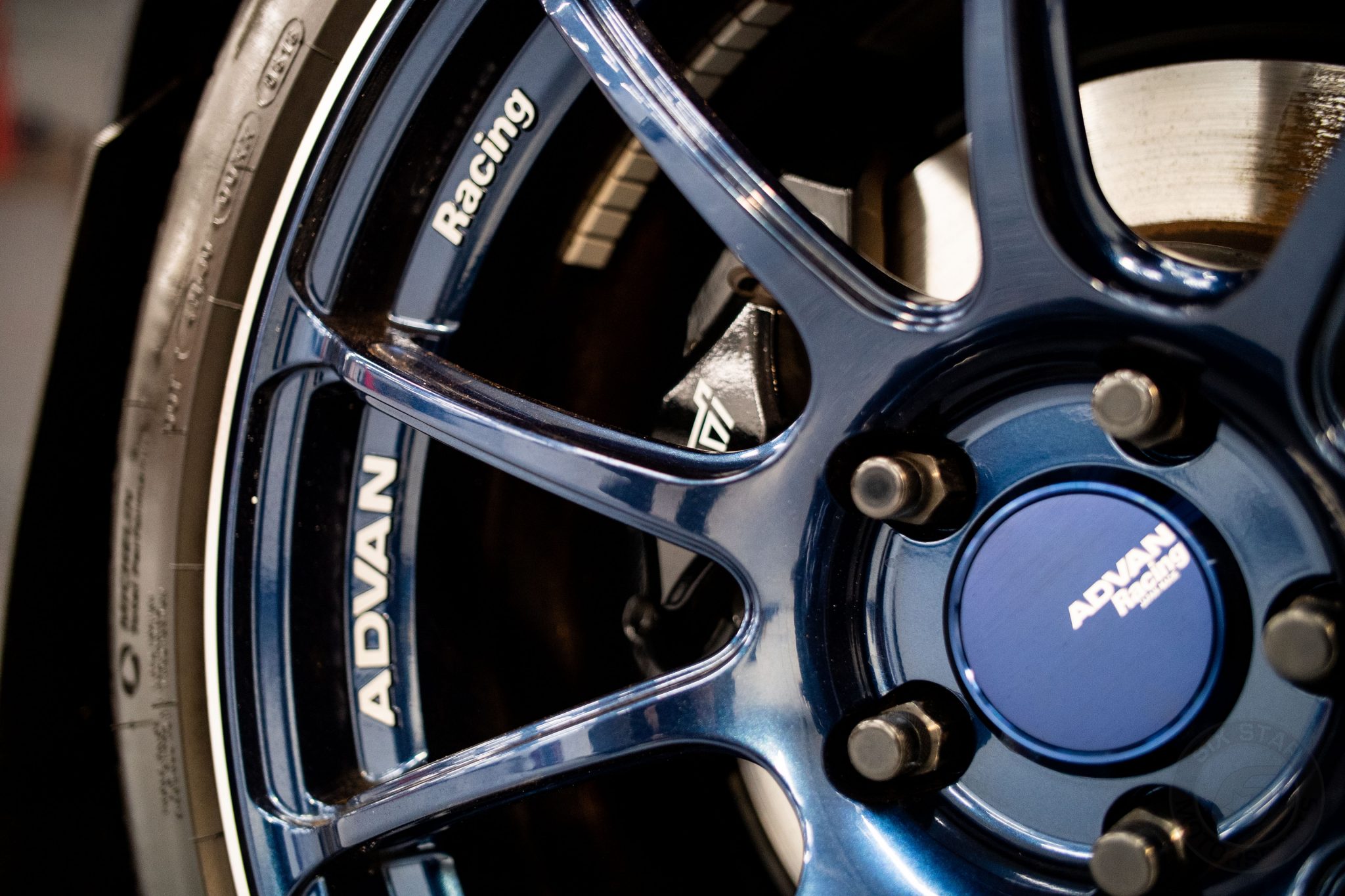 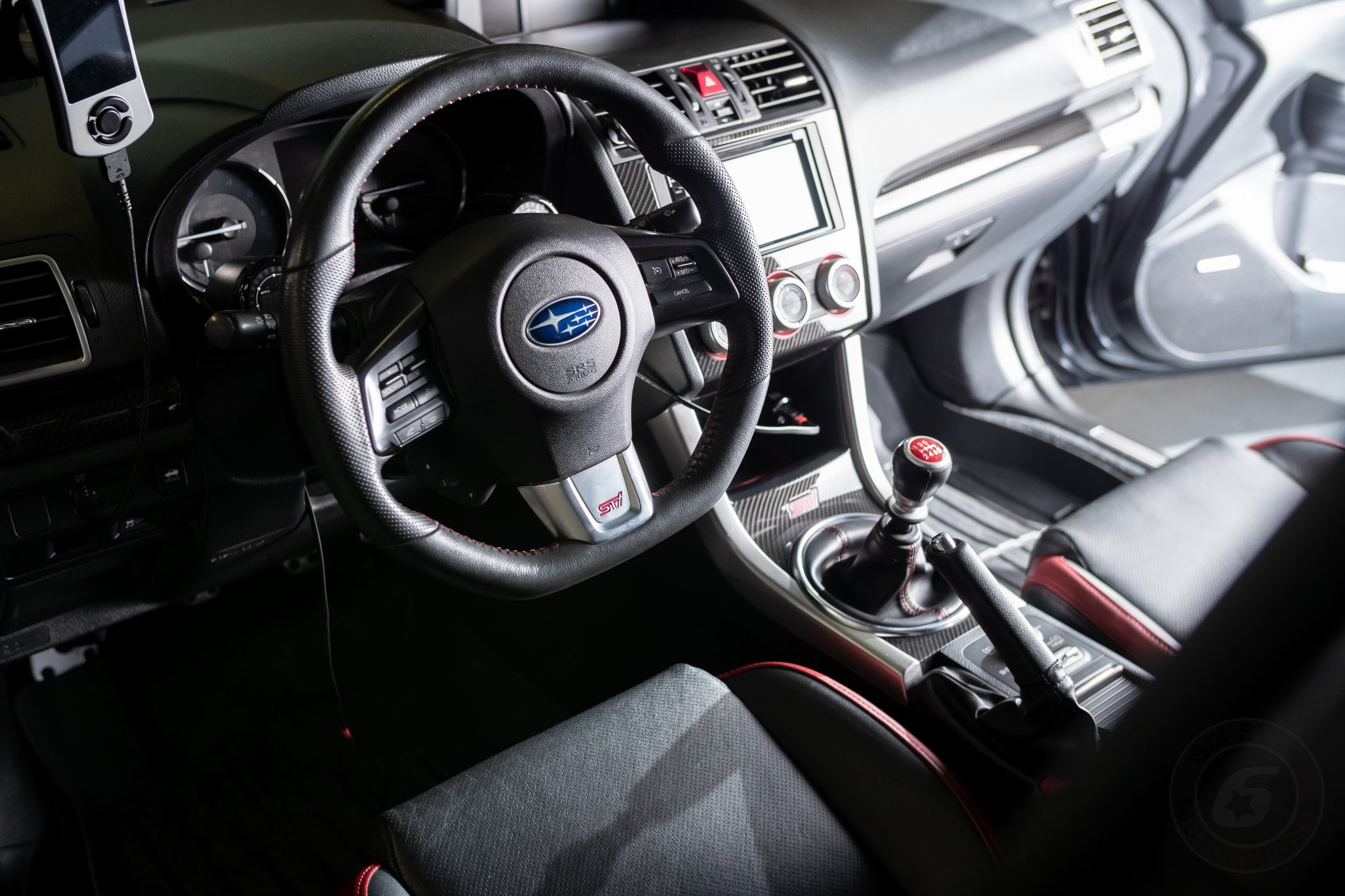 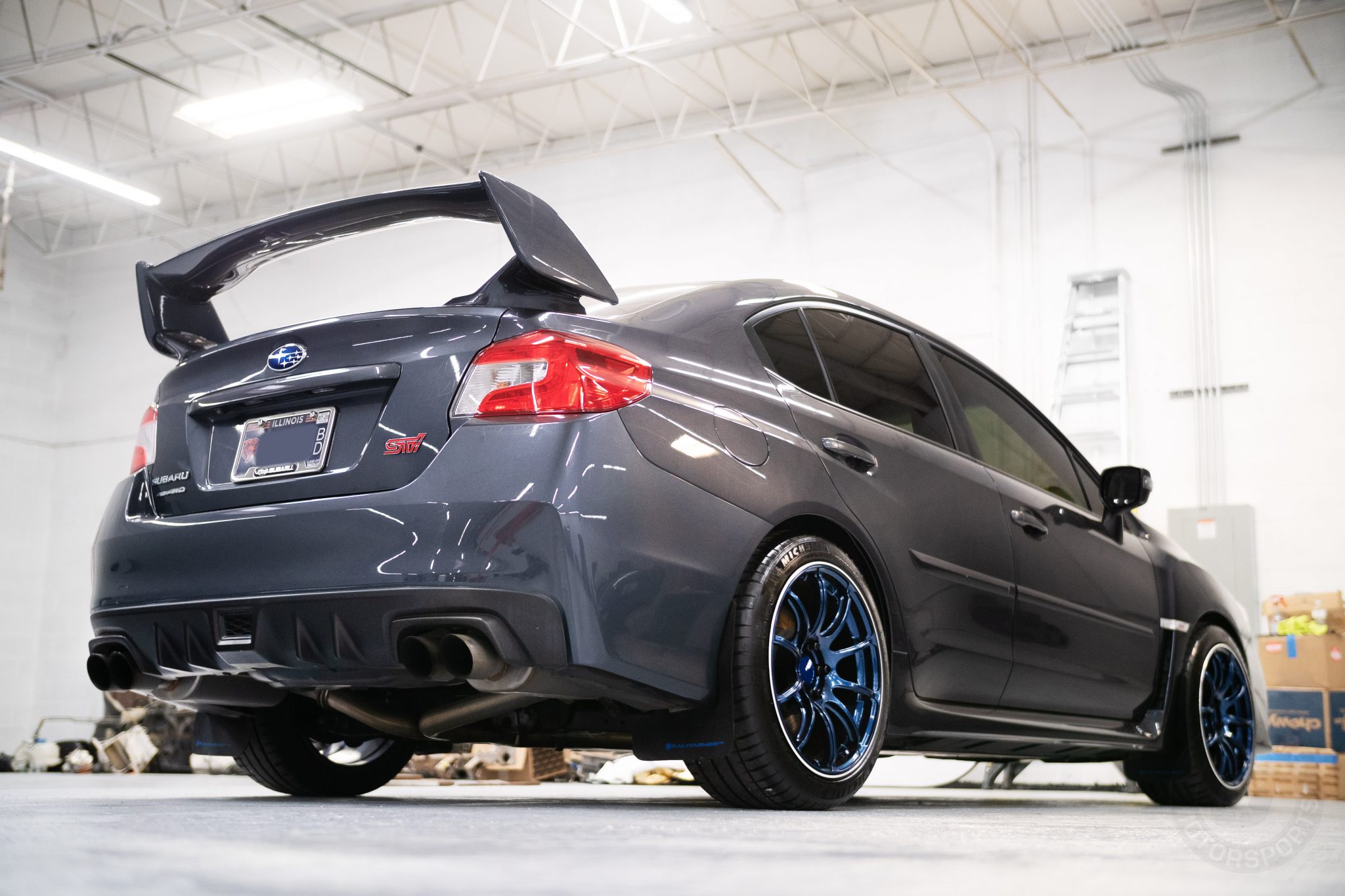